Contents | Show more Show less +
Tax resident vs non-resident Is there difference between resident and tax resident? How to determine your tax residence status? Who is a non-domicile and why they need remittance? New tax rules in England Say “No” to double taxation Can I stop being UK tax resident? New rules on property and trust taxes

British taxation system is not the softest, but this does not stop thousands of foreign entrepreneurs and affluent individuals from opening companies in the United Kingdom and using it for tax optimisation.

UK tax laws allow people and businesses to legally reduce their tax burden. Legal instruments of paying less taxes have been in use for dozens of years and have nothing to do with illegal activities.

If you are thinking about moving to the UK, we will give you a few methods of reducing your tax burden in thecountry from day one. Before we start with how a new resident can do that legally, let’s talk about basic terminology.

It is good to remember that in the UK even non-residents must pay taxes, but only on income that was received on the British Isles.

If you become UK tax resident, you will have to declare and pay taxes on all of your income irrespective of where it arose.

Is there difference between resident and tax resident?

You are UK resident for immigration purposes if you have the right to live in the country, i.e. a long-term visa, settled status or British passport. However, that does not automatically make you a UK tax resident.

In most countries you would need to spend at least 183 days a year there in order to be classed as a tax resident. In the UK, however, you might live here much less but still be considered tax resident if other criteria are fulfilled. 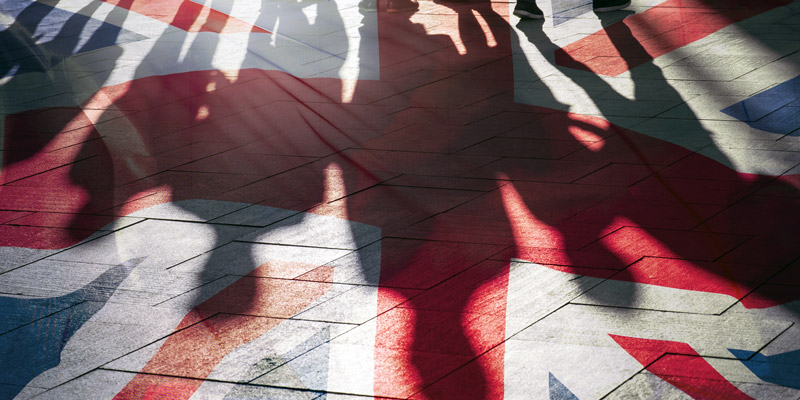 How to determine your tax residence status?

You have two options. One, use a special test developed by the UK tax authorities (HMRC) and work your waythrough it until you can identify your tax status. Two, if you do not want to spend more than 5-7 minutes or even longer trying to make sense of all terms and words, use our user-friendly online tax residence test developed by tax experts at Imperial & Legal (it is based on the official HMRC test). It is currently the fastest way of determining your tax status in the UK.

Now that we have explained basic terms, let’s go ahead and talk about how you can legally pay less taxes and what steps a wealthy migrant should take before becoming UK tax resident.

Who is a non-domicile and why they need remittance?

Domicile is a legal term of the taxation laws in the UK that means nothing to general public. It is not the same as a tax resident and a citizen. You can be tax resident and even national in many countries, but you only have one domicile; this would be the country of your birth or your choice.

What does a domicile do? It helps determine your tax status. In England, if you are non-domiciled tax resident, you can use a special favourable basis of taxation.

In a nutshell, this special taxation regime means that a UK tax resident that is not domiciled here must declare all their income received in England and also transmitted, or remitted, here and pay taxes on that income.

It is important that a resident migrant, if they are required to file a tax return in the UK, is free to choose the preferred basis of taxation every year. Going for remittance is not an obligation. If a simple calculation reveals that you are better off with the arising basis, stick to it. It is pure maths.

Nothing is perfect; neither is remittance. Individuals in the UK are given personal allowance of untaxed income; currently it stands at £12,500 which are not taxed. Those, however, who claim remittance, lose this allowance.

How much do I pay for remittance?

It is easy to see that remittance is not always a go-to tax optimisation tool and does not work for everyone. If you have a big sum at stake, for example capital gains, and have no desire to pay a huge tax bill, remittance could be a great option to benefit from. On the other hand, if you have come to the UK on a work visa and wish to claim remittance in order to not pay UK tax on small rental income that you receive in your country, it will work against you.

In April 2017, British government announced new rules of taxation for UK non-domiciles, also called non-doms. They mainly changed the taxation of those who had been claiming remittance for years before that. Since then, if you are UK tax resident for 15 years out of the previous 20 tax years, you are considered a deemed domicile and must pay taxes on all worldwide income irrespective of where it has been earned. With this you also lose the right to use remittance.

Besides, if a deemed domicile dies and leaves a will, their inheritance will be treated the same as that of a UK domicile. And their heirs, excluding a spouse, will have to pay 40% inheritance tax on the worldwide estate.

How to protect clean capital

It is advisable, before you become UK resident in the UK, to take care of your clean capital as early as possible to prevent it from mixing with other income. One solution would be to open three different bank accounts in foreign banks for income received outside the UK. First account would hold the capital itself, the second one – proceeds or capital gains from sale of tangible assets. You can use the third account to keep your income – salary, bonuses, share dividends and interest from bank deposits.

This way, even when you become deemed domicile, you will have no problem using your clean capital because it will not be mixed with other income and you will be able to remit it to the UK any time without declaring it.

Say “No” to double taxation

British government, in its attempt to take care of new tax residents, have signed double taxation treaties with other countries to prevent them from being taxed twice for the same income in two different states. The number of countries that have signed these treaties with the UK is estimated at around 100. It is not difficult to figure out what they do – they allow residents to pay taxes on their income only in the country where it has originated. This is certainly one of the tools for optimising your tax burden if your country of origin is among those signatories.

Can I stop being UK tax resident?

Yes, you certainly can by law. If you are a deemed domicile already, you can lose your tax residence if you are absent from the UK for more than 6 tax years.

Well, there is another way to stop being tax resident without leaving the country for many years. If you have a look at a special tax residency test, it describes in detail what a leaving person should be to lose their tax status. The more ties you have to your new country, the harder it’s going to be to stay here for long periods of time. In some cases, total time you would be able to spend in England without tax consequences, would be only 45 days per tax year.

Remember that if you have recently been tax resident for over 4 years, including the incomplete tax year where you split it from arrival, your status will be determined as temporary non-resident for taxation purposes if you return to the UK in less than 5 full tax years. And special rules would be applied to you where some categories of income received while you were outside the UK, e.g. capital gains, will be subject to UK taxes.

To summarise, there are very efficient tools to pay less taxes in the UK and still be law-abiding; however, there are many factors, facets and pitfalls in this challenging field of taxation. If you are in doubt as to what income will be taxed in England and which not, we strongly recommend seeking professional advice.

Up until April 2017, enveloped dwellings, i.e. property owned by companies and trusts, had not been subject to capital gains or inheritance taxes. Since then it has changed drastically; the same taxes must now be paid fully on this kind of property upon its sale or inheritance.

Deemed domiciles who had been in the UK and set up a trust before these changes must also pay taxes on any income from such trusts. To avoid unnecessary expenses, owners of the said companies and settlors should restructure their estate with the help of legal advisers.

It is unfortunate again that we cannot provide full information on each and every aspect of tax planning and optimisation. But qualified specialists from our company would be happy to help you like they have been helping many clients to relocate to the UK smoothly and providing tailored financial advice. Our experts offer support and consultations for a wide range of matters and issues, starting from immigration to real estate deals and wealth management.

We offer help to individuals and businesses with their tax matters – experts in tax planning and optimisation.
Tax optimisation

Tax planning and optimisation for individuals and businesses – a legal way to reduce your tax burden.
Tax Residency in UK

Find out if you are a resident in UK for tax purposes and what taxes apply to you.
Self-Assessment Tax Return

If you are a UK tax resident, you need to fill in and submit your tax return.
International tax planning