The Malta Residency and Visa Program was launched by the government of Malta to offer residence to third-country nationals that are high-income earners and contribute to the economy of the country.

1-year residence in Malta leads to gaining citizenship through the Malta Citizenship by Investment Program.

Benefits of investing in Malta

Malta is a high-income advanced, innovation-driven economy offering foreign investors a lot of benefits in exchange for their investment in the country.

Period of grant and renewal

The residence certificate is issued indefinitely. It will be monitored annually for the first five years from its issue, and every five years thereafter. It means that applicant will need to visit Malta to renew it every year for the first 5 years and then once every 5 years.

The following payments and contributions must be made in order to qualify for Malta’s residency.

A contribution of €30,000 must be made in the following order: €5,500 are non-refundable and paid upon submission of the application, and €24,500 – after a residence permit is issued.

Purchase or lease a qualifying property for at least 5 years with the following minimum values:

Purchase of government bonds for at least €250,000; they must be held for at least 5 years from the date of issue.

Other fees and charges apply.

This program is aimed at third-country nationals who work or are self-sufficient to maintain themselves and their dependants without recourse to public funds.  Successful applicants will be offered a preferential tax status in exchange for their investment in purchase or lease of qualifying real estate for a minimum of €220,000 or €8,750 per year correspondingly, based on the location of the property. And the property needs to be declared the applicant’s principal place of residence worldwide, so it cannot be let or sublet.

The Residence Program was launched to attract EU/EEA/Swiss nationals who are not permanent residents of Malta. They will be offered a preferential tax status in exchange for their investment in real estate located in Malta that must be also declared their principal place of abode.

This program was designed to attract EU/EEA/Swiss nationals who are not employed and who receive their pension in Malta, and that pension is their regular source of income constituting 75% their chargeable income. 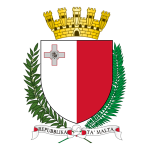 Malta, officially known as the Republic of Malta, is a Southern European island country in the Mediterranean Sea. The Maltese archipelago consists of three inhabited islands: Malta, Gozo and Comino, and 18 uninhibited. The smallest one is Comino, and it is mainly unpopulated. The largest one is Malta, the second largest is Gozo. While Malta is a cultural, commercial and administrative centre, Gozo is known for fishing, crafts and agriculture.