Julia and Daniel meet on a yoga retreat in Saint-Tropez on the French Riviera. She has just been through a divorce and he has broken up with a girlfriend. Both are going through a hard period in life and do not want any new commitments. However, they like each other from the very first moment and come to realise that they share the same interests, ideas and love for freedom.

Yoga and surfing are two passions Julia and Daniel have in common. When the retreat is over, Julia goes back to Minsk to finalise her divorce and Daniel to Edinburg to start a new chapter in his life. Very soon, they start sending each other messages in social networks, sharing photos and impressions. They know they are very similar and a perfect fit. Daniel goes to visit Julia in Minsk and they decide to start a life together.

For a year, Julia and Daniel visit each other, meet each other’s families and friends. In the end, they are so tired of being apart most of the time, they come up with a very crazy and bold idea, to leave everything behind and disappear off radar, exploring the world, doing yoga and surfing, enjoying life and each other.

Both quit their jobs, buy flights to Asia and travel there for a whole year – Indonesia, Thailand, Cambodia, India, Shri-Lanka and many other countries. When the year comes to an end, Julia and Daniel realise they have actually spent a honeymoon already, or rather a honey-year. It is so natural to make it official because they want to stay together.

To obtain a UK spouse visa for Julia to reunite with her husband in Edinburg as soon as reasonably possible. 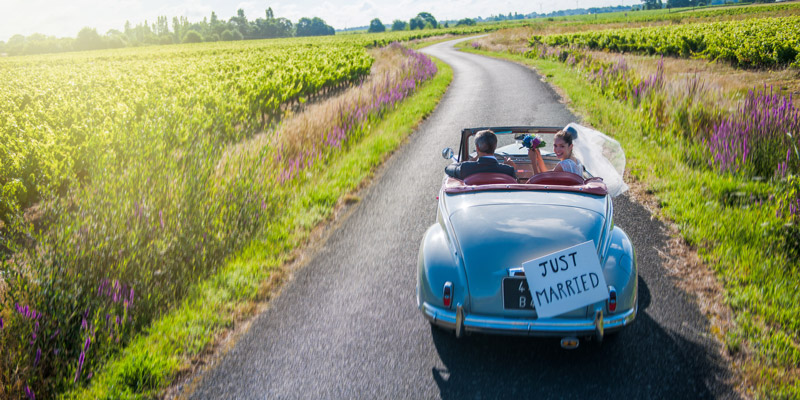 Applying for a spouse visa to the UK

After a small wedding in Minsk where only parents and closest friends are present, Julia starts thinking about which visa to get and how to join her husband in the UK.

She gets in touch with a London-based legal firm Imperial & Legal for professional advice and support. Our Russian- and English-speaking immigration lawyers with many years of experience and all relevant certifications and licences, seem like the best solution that Julia and Daniel could dream of.

A spouse visa to the UK is unique in a way that not only an applicant themselves must comply with certain requirements, but their sponsors as well. Husband and wife must prove they are in a genuine relationship by submitting not only their photos together, but also documentary evidence such as a joint bank account, a mortgage or utility bills, etc. Additionally, a UK partner must show they can maintain a newly created family. That was exactly what the couple have to address with the lawyers from Imperial & Legal.

Daniel, on coming back from a year away, finds a job as a chief engineer in a big construction company, with a relatively high income. However, to bring a wife to the UK, one of the requirements is for him to have worked in the UK for at least 6 months before the application with an annual salary of at least £18,600. As he has been in the company for 3 months only at the time, this is not an option.

Nevertheless, lawyers from Imperial & Legal immediately offer the couple another solution. Julia and Daniel can show savings instead of not less than £62,500. It is not a small amount, but in the last couple of years, Daniel has been a self-employed and his average annual income has exceeded £18,600. Julia has also topped it up with her savings. And as a third source, they have used the money they received as wedding gifts from parents and friends and that they deposited on a bank account.

After combining all the money they have, the newlyweds demonstrate their compliance with financial requirements and apply for a spouse visa. They provide a marriage certificate from Belarus, their photos together and even screenshots of Facebook chats.

Imperial & Legal’s team has arranged for Julia to take an English exam and given her advice as to how best to prepare for it. With that in mind, she passes the exam and soon gets a visa to the UK for 2.5 years. 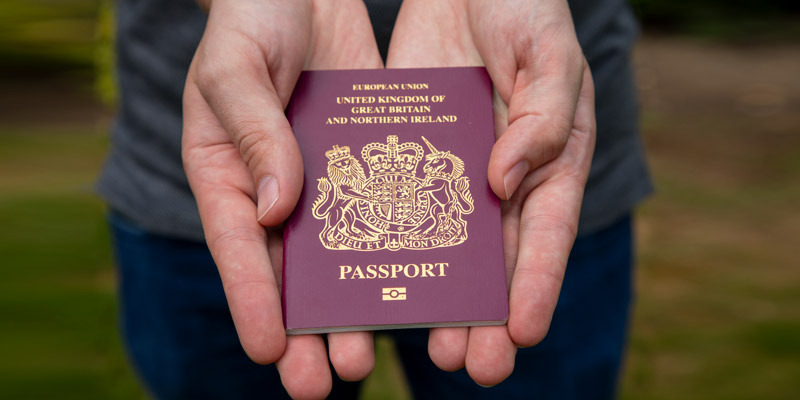 Julia has already found an interesting job as a web designer in one of the largest IT companies in Edinburg, because her visa permits working in the UK.

After extending her visa for another two and a half years, in a 5 years’ time, Julia will be able to apply for UK permanent residence and straight after that for naturalisation and a British passport.

Irrespective of initial difficulties, Imperial & Legal’s team has managed to find a solution to reunite on the British soil two loving souls after their globetrotting and adventurous year in Asia. We want to believe that Julia and Daniel’s marriage will stand the test of time and Julia will become a valuable member of the British society and contribute to driving its values forward.

UK visa for a spouse or fiancé/fiancée of a British citizen or settled person. Apply for indefinite leave to remain and UK citizenship.
UK Immigration & Visas

We offer full immigration support for any type of visa to the UK, from visit visas to investment visas and visa refusals.
Property in United Kingdom

Real estate in the UK