Settle in the UK after your loved one dies: What needs to be taken care of

Maria and Dave meet in Moscow when she is studying in a university and he comes there to teach English. A beautiful Russian girl and a smart Welsh gentleman turn out to be an amazing couple. Unfortunately, after Maria’s graduation, they have to keep their relationship long-distance for quite a long time. The young people tries to see each other as often as possible, with Dave coming to Moscow on business and both spending most of holidays together. However, being apart is becoming more and more unbearable.

Finally, after three hard years, they decide to marry. They go to Portugal and have a wonderful ceremony in a romantic town of Aveiro. After a honeymoon, Maria goes back to Russia while Dave returns to Cardiff. She applies for a spouse visa in Moscow and he is waiting to welcome his wife at her new home.

For better and for worse

After getting a spouse visa, which has been relatively easy, Maria finally reunites with her husband in the UK and starts teaching a course in a local college. Everything seems to be falling into place. After their third wedding anniversary, Dave starts complaining about chest pains. He undergoes thorough checks in the University Hospital of Wales. The diagnosis is terrifying – atherosclerotic heart disease. Dave is just 40 at the time, so the couple is not worried that much. All they need to do is to make sure Dave avoids stressful situations, follows prescriptions and rests; every word their doctor says is like a mantra to them.

Dave’s health becomes so important to both of them that they completely forget to take care of Maria’s immigration status. She has extended her spouse visa twice already which gives her the right to live and work in the UK. Dave passes away unexpectedly despite of constant treatment and love and care that Maria has been giving him. His heart stops, and with it, his beloved wife loses any meaning in life. It is nearly impossible to describe the depth of pain and despair that Maria felt, far away from her family and close friends.

After the funeral, Maria realises that her visa is going to expire soon, and she needs to do something. She has her home here, her job and colleagues; she has found new friends and a new family, Dave’s relatives, and her husband’s grave is here too. She cannot imagine having to go back to Russia. What’s next? What could she do? What type of visa does she need to apply for now? Maria is completely lost. 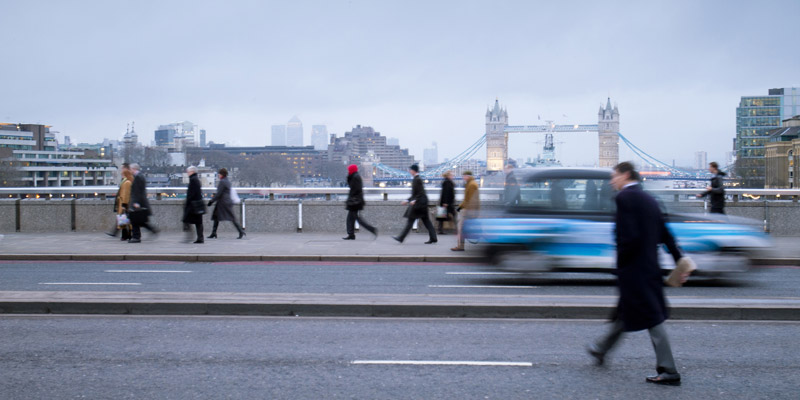 Maria, 31 years old, a widow, a lecturer in a college, lives in Wales on a spouse visa.

To make sure Maria can stay in the home country of her husband after her spouse visa expires.

Fortunately, Maria has a friend in London that recommends her immigration lawyers from Imperial & Legal that speak Russian and have huge experience in their field. Lina arranges for a detailed consultation for her friend.

Because Maria has been happily married to Dave for 6 years and three years before moving to Wales they had been in a relationship, immigration lawyers know she is eligible to apply for permanent residence in the UK. She can get it as a bereaved partner any way.

Settlement status is given indefinitely and does not have to be extended unless you leave the country for more than 2 years. Permanent residents have almost the same rights and responsibilities as British citizens. Having said that, if you wish, you can apply for naturalisation and British passport one year after settlement, provided you pass necessary tests.

It has been just a month since the funeral, and Maria is going through hard times. She does not want to talk to anyone let alone go anywhere. The heartache is unbearable. That is why a team at Imperial & Legal are trying their best to minimise Maria’s involvement in the process of preparing and submitting a settlement application.

Maria receives her new documents in four weeks’ time. That is good news; Maria can continue her life in the UK, and it is good to know that she has someone to rely on in any situation.

It is sad but true that death breaks even the happiest and strongest bonds. Maria is lucky to have a good friend that gives her contact details of Imperial & Legal. Qualified lawyers have analysed the situation and decided that Maria complies with all the requirements to apply for UK permanent residence. Once Maria secures her status, she can carry on building her life in the country after the death of her beloved husband.

UK visa for a spouse or fiancé/fiancée of a British citizen or settled person. Apply for indefinite leave to remain and UK citizenship.
UK Immigration & Visas

We offer full immigration support for any type of visa to the UK, from visit visas to investment visas and visa refusals.
Wills and inheritance

We offer support in structuring your assets and estate, preparing a will, planning the future for your heirs and successors.
✕
London Head Office
+44 203 490 4121
Moscow Representative Office
+7 495 128 1414
✕
Make an enquiry