Belgium offers migration scheme for foreign investors and entrepreneurs from non-EU countries that wish to relocate to Belgium and do business there. They have to apply for a residence permit in an investor or business category. They can also include their spouse and children in the application. The government reviews applications and makes decisions on the case-by-case basis. It normally takes 3 to 8 months to obtain it. The procedure is generally straightforward and easy.

Temporary residence permit is granted for 1 year at a time and subject to annual renewal.

Benefits of investing in Belgium

Belgium is one of the most developed and largest trading nations in Europe. It is very attractive for investors and businessmen with its highly developed infrastructure, open economy and pro-business government. They are offered a wide range of benefits in exchange for their contribution in the Belgian economy.

Main applicant must be at least 18 years old. Other requirements include:

In 3 years of a continuous and legal residence in Belgium after obtaining a temporary residence permit an individual may apply for Belgian permanent residence.

After 5 years of continuous and legal residence in Belgium immediately prior to the application a non-EU national is eligible to apply for Belgian citizenship and get an EU passport. There are certain conditions that must be met:

Belgium permits dual citizenship, so you don’t have to renounce your current nationality. After you receive a passport, you will be able to live, work and study in any EU country.

There is no minimum investment required. However, it is advisable to initially invest at least €200,000 to run the company and cover operating expenses. It can be either an existing business or a new company. Another €100-200K will be necessary for further investment before naturalisation.

The most popular types of company that can be set up in Belgium are BVBA, which operates just like a limited liability company, and SPRL. 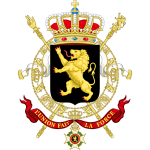 Belgium, officially the Kingdom of Belgium, is quite a young country; it declared independence from the Netherlands in 1830 and the federal state was created with the Revision of the Constitution in 1993.

Various regions of Belgium have a rich history influenced both by German and Latin worlds. The different historic periods have each contributed to the cultural and language diversity, openness, character and strength of Belgium today.

The biggest contributor to the GDP is the service sector. Belgium also prospers on importing raw materials, processing them and then exporting finished goods.

Manufacturing sector accounts for about 17% of the GDP, with metallurgy, steel, textiles, chemicals, glass, paper and food processing as the dominant industries.

To attract foreign investment to Belgium, the government offers several immigration routes for wealthy individuals and entrepreneurs. They encourage affluent individuals to relocate to Belgium and/or do business there, offering them tax and other benefits in exchange for their contribution in the local economy.